It’s hard not forgive the Native Roses for turning up, almost two hours late, when they fall out of their beaten up old Volvo all smiles, and clutching their pet rabbit. We head into my flat for a cup of earl grey, and cage the wild beast. We cover the cage in a blanket to calm it’s frayed nerves after the stressful journey through the nether regions of south London, from Brighton. We then remove the mirror from the dinning room wall and start shooting a simple portrait of the band against the white background. 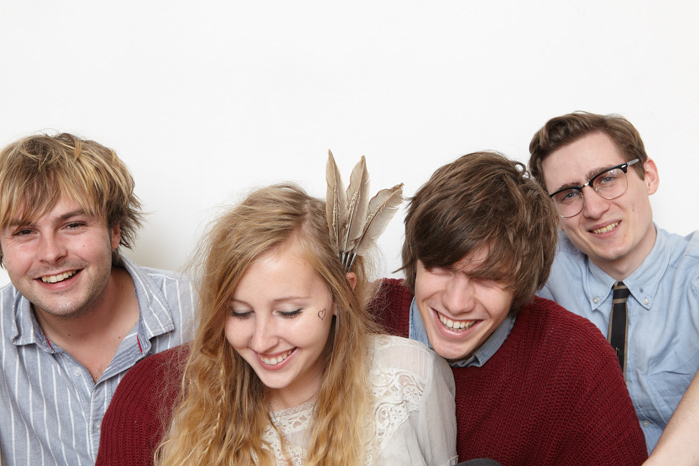 I throw a garland of (Crapitat) lights to the mix and let the band get creative. (I chose one of the more natural poses for the blog). 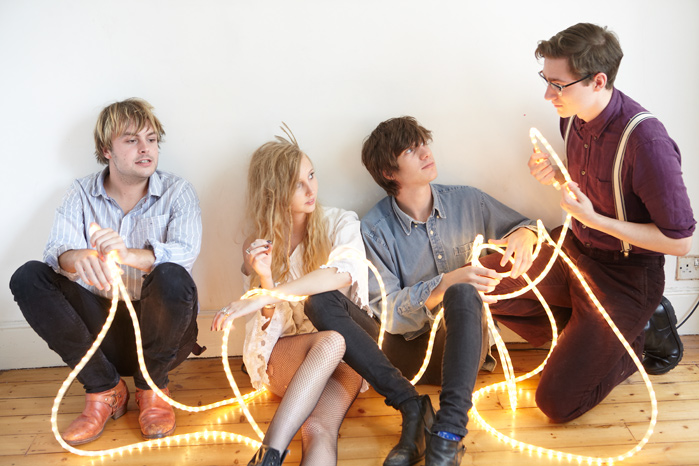 To disprove the theory of the ‘soap shy’ English I introduce the band to the bathroom. They all eagerly jump into the shower, together, and make themselves comfortable. This looks promising. Feeling left out the rabbit hops in the complete the combo. We shoot a couple of shots, without turning on any water, or using any soap (perhaps the rumours are true?!). 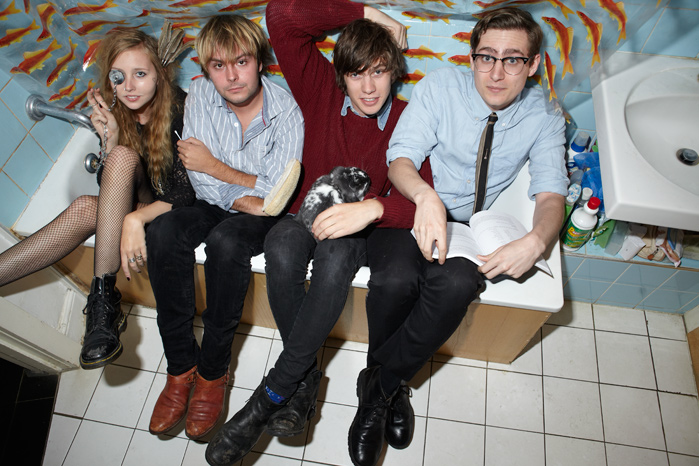 We break for lunch to demolish Jess’s favourite pizza. This pizza chain does not exist in Brighton. I can’t say they are missing much, although the garlic bread dipped in even more garlic butter was deliciously unhealthy!

After lunch we head outside for a change of scene. We decide to include the final member of the band in the shoot, the transport! The band all climb into the boot of the car and do their best to close the lid. 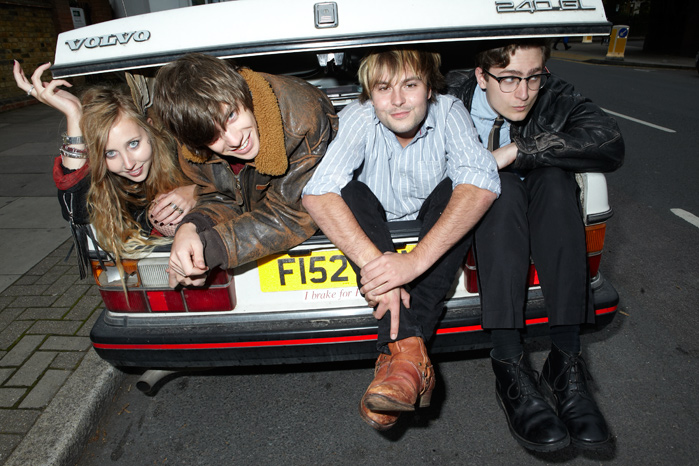 Then it’s my turn. 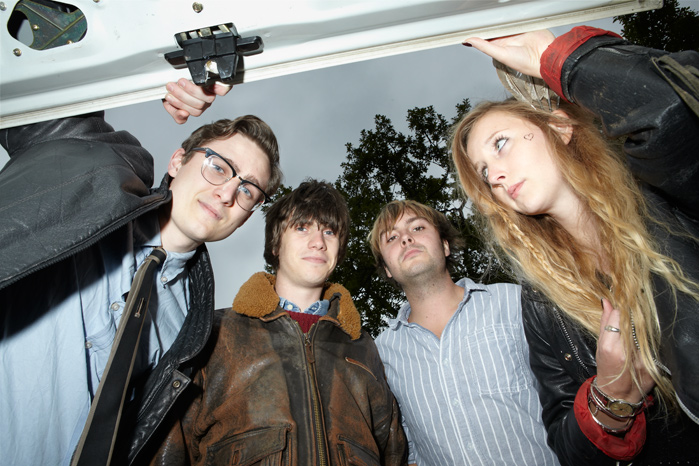 After this it’s time to go. The Native’s, and their bunny head off to various parts of the country to make the most of Saturday night, and I head off to my Dad’s birthday. All in all a fun day spent with a fun band.