Well is wasn’t exactly L.A. more like Kennington. In fact this was Kennington. My assistant and I were standing, lost, unable to find number 39, in one of those odd half Victorian, half modern 70’s council estate squares in south east London. We were waiting for Kunle (aka L.A. Salami) to come and find us. He didn’t seem to be making an appearance so we continued our hunt. We were just about to knock on the wrong number 39 when my assistant spotted Kunle on an ariel walkway. We wandered up the stairs and into his flat which was almost devoid of furniture due to an imminent move. He was softly spoken, tall, and charming. He offered us a cup of tea before we started shooting. We squeezed into his bedroom to take a shot that he had already envisaged. 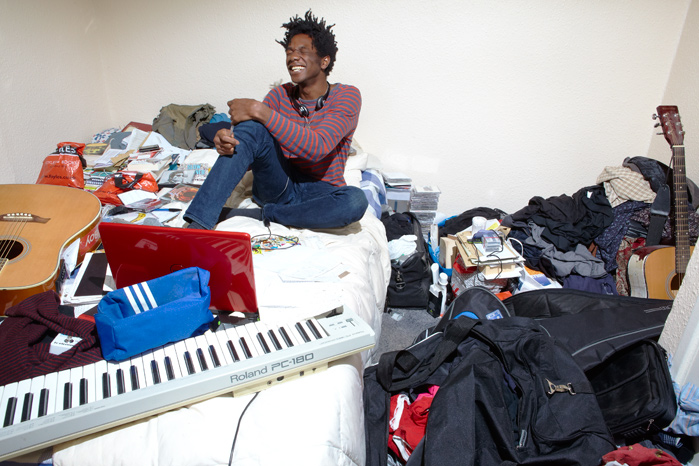 We finished shooting this and then took some portraits in his empty, apart from a couple of packing boxes, upstairs room. 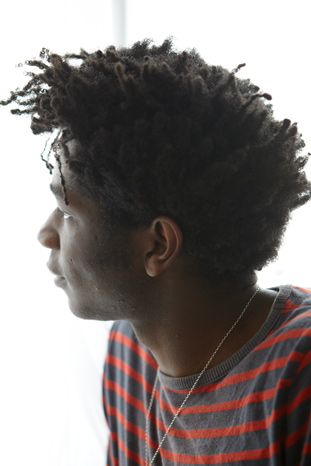 We then left the flat for the last shot. It had been raining all day but just as we stepped out of the front door the sun made an appearance. Kunle wanted to be shot with a large colourful umbrella and a couple of other props. We wandered round the corner, in the now baking heat of the sun and took our last few shots. 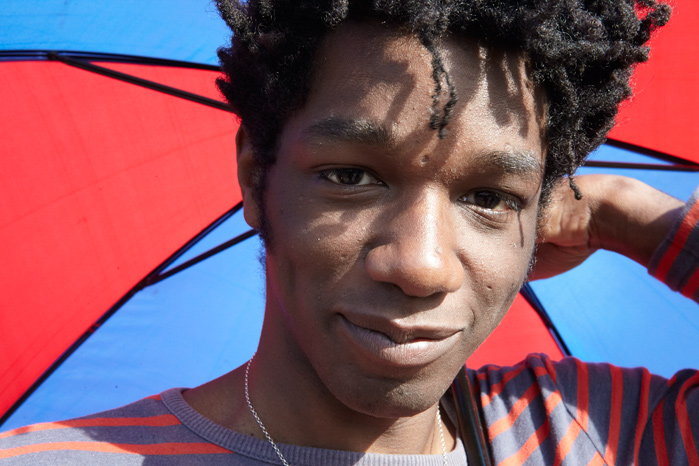